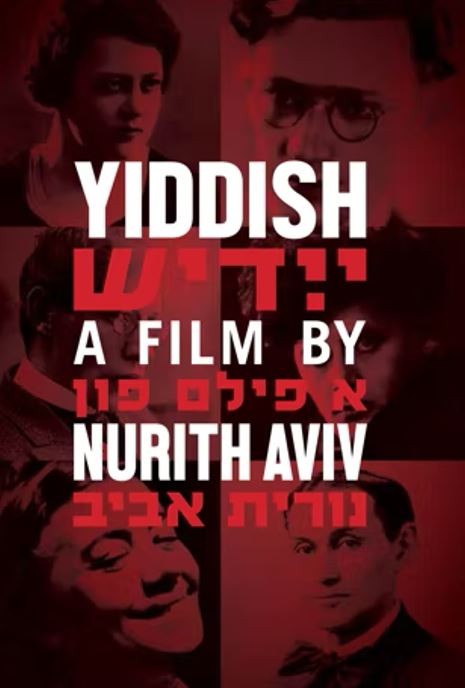 “Yiddish: A Documentary”, released in 2020, is available on DVD through the Toronto Public Library and their streaming service, Hoopla. Directed by Nurith Aviv, this sixty-minute documentary introduces the viewer to seven young scholars of Yiddish all of whom have been affiliated with the Paris Yiddish Center, the Medem Library. The Medem Library houses the most extensive collection of Yiddish material in Europe. Perhaps given the state of Yiddish today, it is not surprising that none of the scholars was raised in a Yiddish-speaking home and that each started their studies at a university. On the other hand, it is surprising that the element that connects them in the documentary is their love for Yiddish Modernist Poetry, an art form that was rare even during the height of the Yiddish speaking-world in Europe. At the conclusion of their interviews, each scholar reads a passage from their favorite Modernist Yiddish poet, and the Yiddish text is transcribed into English on the screen. The poems can be experimental, abstract, obscure, difficult and heartfelt. In some ways they represent the pinnacle of twentieth century intellectual Yiddish language art expression.

The first scholar/researcher presented in the documentary is Tal Hever-Chybowski, currently the director of the Medem library. Hever-Chybowski was born in the United States and raised in Israel. When he entered university, his initial interest was the history of the Hebrew language. What he discovered was that one cannot understand the history of Hebrew without understanding the relationship it has always had to Yiddish. Hever-Chybowski explains that Moses Mendelsohn, one of the forerunners of the Jewish Enlightenment, believed that Jews in Europe could only integrate into European society if they left behind their ties to Yiddish, and studied German instead. For Mendelsohn, Yiddish was a jargon, a ruined confusion of languages. He was the first person to translate the Tanach from Hebrew into German. .

At the end of his interview Tal recites a passage from Shloyme Blumgarten’s translation of Ecclesiastes. Yehoash, the penname adopted by Blumgarten, was the first modern poet to translate the entire Bible into Yiddish. Tal believes that Yiddish and Hebrew, unlike Mendelsohn’s assimilationist position, are two languages that complement one another. One of his own recent projects was to translate the Koran into Yiddish, bridging two cultures that were not aligned before. This again, as so many of the scholars seen in the film believe, is an attempt is to bring Yiddish into a broader context, to share some of the areas that affect a contemporary modern vision of Judaism and Yiddish’s place in it. 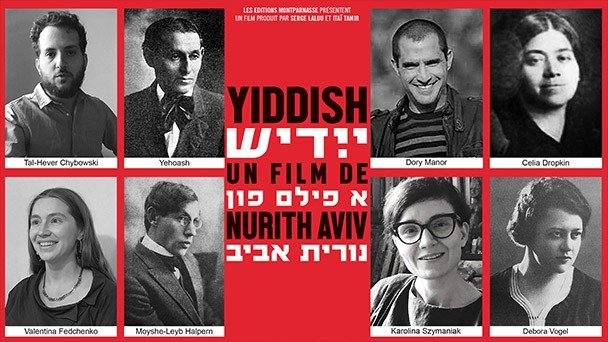 All of the interviews are fascinating, and several of the scholars are not Jewish. They are European citizens from Paris, Belgium, Warsaw and Vilnius. However, the most interesting interview for me was with Dory Manor. Born in Tel Aviv, Manor currently works as an educator and translator. He recounts how, when he was a child, Yiddish was poorly perceived in Israel, and after the Holocaust it was seen as a language of fear and weakness. Yiddish, a language of a community that was almost completely annihilated during the Second World War, was positioned in direct contrast to Hebrew which was seen as a language of victory and strength, especially after the founding of the state of Israel and its adoption as official language of the state. Manor discusses his work for a bilingual journal which produced writing with Yiddish, not Hebrew on one side of the page, and Arabic on the other, in order to reposition the strength of the Yiddish language in Israel. It seems the effect of such a presentation is to scramble the dynamic between the politics and language of the Middle East, and to replace the Hebrew/Arabic dichotomy with something that is completely fresh. The response was enormously favorable as this was never done before.

The absence of Yiddish in Europe today, as well as any awareness of a Jewish community, is most prevalent in the interviews with three women from the former Soviet Union: Louisa Smidt, Helena Sukova, and Anna Dmitrova. They discuss growing up not even knowing that there was a separate language of the Jews of their community called Yiddish. Discovering the history of the Jews who once lived among their families and who spoke this language led to their appreciation of an unknown history. For these women, the modernist Yiddish poets,such as Rochl Korn, Anna Margolin, Celia Dropkin or Avrom Sutzkever, speak to the lives of these interviewees today in profound and surprising ways. It connects them to a language and culture of their ancestral land that they never knew existed. Ultimately it enriches their understanding of their countries by adding the complexity of a whole Yiddish nation that was also part of their lands.

While Modernist Yiddish Poetry may not interest students of Yiddish with a nostalgic attachment to their Mamaloshen, I think the film shows how a younger body of readers and scholars is engaging with Yiddish in a different, more critical way. I expected this documentary about Yiddish to cover the usual subjects: Mendele, Sholom Aleichem, and Singer. This film takes the viewer into a completely different area – Yiddish of the avant-garde. The film shows examples of how broad, subtle, and wide-ranging Yiddish culture and language has always been. It shows that Yiddish language and culture is more than a collection of sentimental tales about the Shtetl, but instead a language as advanced and sophisticated as any other written in the world.

If you live in a city where your public library does not carry this film, request it to be ordered for you, or even better, ask them to make it part of their permanent collection. For lovers of Yiddish literature and culture, this is an extraordinary film.