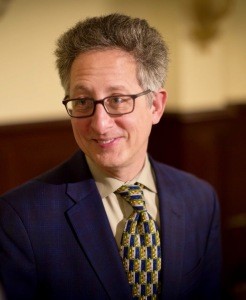 A DISENCHANTED ELIJAH: CONSPIRACY, ALLEGORY, AND THE CRISIS OF EAST EUROPEAN JEWRY IN S. ANSKY'S DESTRUCTION OF GALICIA (1920)

Among the many achievements in the career of the Russian and Yiddish author S. Ansky, his 1920 account of the anti-Jewish pogroms at the border of the Russian and Austrian empires during World War I, Khurbn galitsye ("The Destruction of Galicia"), stands as one of his most complex publications. In this lecture, Dr. Marc Caplan will discuss how Ansky's first-person account deploys numerous literary strategies and embedded narratives that trespass the borders separating conventions of journalism, political propaganda, and fiction. In Khurbn galitsye, Ansky presents himself as a disenchanted Elijah, whose presence signifies the imminent dissolution of the Jewish People in Galicia.