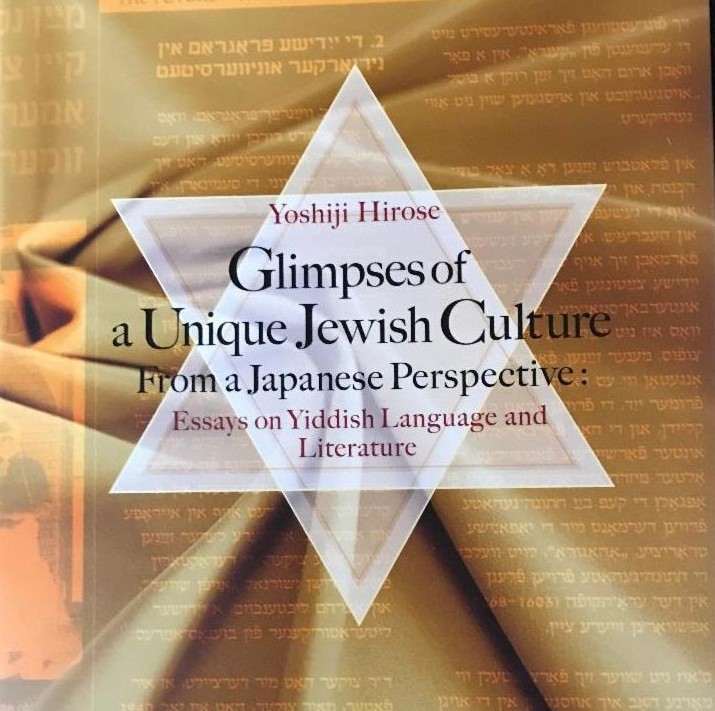 Glimpses of a Unique Jewish Culture From a Japanese Perspective: Essays on Yiddish Language and Culture

Join us in celebrating the publication of Professor Yoshiji Hirose's latest book, a collection of essays on the work of Jewish authors from Isaac Bashevis Singer and Eli Wiesel to Howard Jacobson and Michael Chabon. Each author's work is uniquely connected to the Yiddish language, Yiddish culture, and the Holocaust. Professor Hirose, in conversation with Miri Koral and Vivian Felsen, discusses his profound interest in these writers, and how they have been received in Japan.

Yoshiji Hirose is a Professor of English Literature at Notre Dame Seishin University in Okayama, Japan, and an authority on novelist I.B. Singer. He is the author of numerous books on Jewish American literature, and Yiddish literature in particular.

Miri Koral is the CEO and Founding Director of CIYCL, the California Institute for Yiddish Culture and Language. She has taught Yiddish language and culture at UCLA and the American Jewish University, and is also an accomplished Yiddish poet and translator.

Vivian Felsen is a prize-winning translator of French and Yiddish literary works into English, including histories of the Jews in Canada, stories by Yiddish women writers, and Holocaust memoirs. She is a long-time member of the UJA Committee for Yiddish in Toronto.

This program is co-presented by the UJA Committee for Yiddish, the California Institute of Yiddish Culture and Language, and the Congress for Jewish Culture in New York