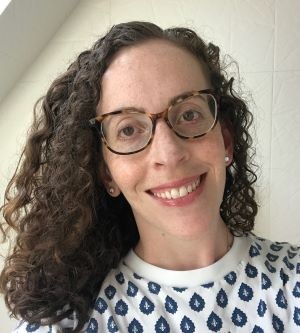 ON THE EDGE OF THE VOLCANO: YIDDISH LITERATURE IN BERLIN BEFORE THE THIRD REICH

This lecture is in English, with some Yiddish.

When Hitler took power in Germany in 1933, he vilified the capital, Berlin, as a haven for "rootless cosmopolitans," meaning immigrants, communists, and Jews. Berlin was loathed by the Nazis for the very same reasons that it attracted Jewish newcomers, including some of the most prominent Yiddish writers of the day. For a brief yet vibrant period between the World Wars, Yiddish writers from all over Eastern Europe flocked to Berlin and transformed it into a major hub of Yiddish culture and the second largest centre of Yiddish publishing worldwide. This talk explores the rich Yiddish literary culture that flourished in exile in interwar Berlin, the conditions of its rise, and the events that led to its demise on the eve of the Third Reich.

Dr. Rachel Seelig is a scholar of modern Jewish literature and the author of Strangers in Berlin: Modern Jewish Literature betwen East and West, 1919-1933 (University of Michigan Press, 2016), winnter of the 2017 Canadian Jewish Literary Award for Yiddish, and co-editor of The German-Hebrew Dialogue: Studies of Encounter and Exchange (De Gruyter, 2017). Her articles and translations have appeared in journals such as Prooftexts, The Jewish Quarterly Review, Modern Language Notes, and Poetry Magazine. She has taught and held fellowships at the University of Toronto, the Hebrew University, the University of Michigan, Columbia University, and Harvard University.