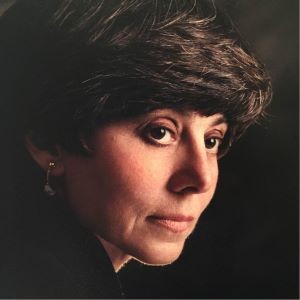 The TJFS encore presentation of the film "The Gender Lady: The Fabulous Dr. May Cohen" was followed on November 29, 2020 by a live Q&A Panel Discussion with Dr. May Cohen, her close friend Sharon Hampson (of Sharon, Lois & Bram), and Toronto Yiddish Vinkl's Sol Hermolin. The panel shared their memories of growing up in the secular Jewish left in Toronto, and how this Yiddish and Jewish leftist upbringing influenced Dr. May's and the other panelists' later life, work, and activism.

**Watch the recording of the Q&A on our YouTube channel!**

Dr. May Cohen and her husband Gerry ran a large and popular medical practice in North York until 1977. May's parents were Jewish emigres from Eastern Europe in the 1920's. Yiddish was her first language. Her social conscience arose from their progressive political activism in Canada and she became a passionate advocate for the pro-choice movement and for the rights of women and women physicians. This documentary, selected as an audience favourite at TJFF 2019, celebrates her life and radical achievements.