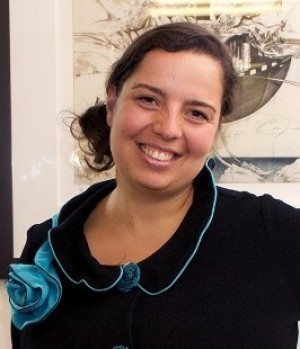 The Holocaust in the Soviet Union: New Discoveries with Prof. Anna Shternshis

Prof. Shternshis discusses her discovery of previously unknown material in Russian archives unsealed after 70 years about the Holocaust in Soviet-occupied territory. Most intriguing is the Yiddish music created by women and children in Soviet Central Asia, as well as in German-occupied Ukraine.

Professor Anna Shternshis is the director of the Anne Tanenbaum Centre for Jewish Studies and Professor of Yiddish Studies at the University of Toronto. She is the author of two books about Jews in the Soviet Union, as well as numerous articles about Soviet Jews during World War II.