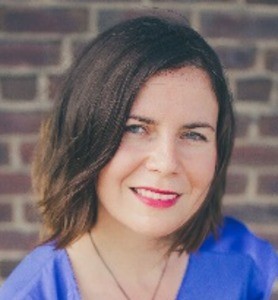 Giving Voice to Those Who Perished: The Legacy of the Yiddish Writer Debora Vogel (1900-1942)

Among the millions of Jews who perished in the Holocaust were many significant Yiddish writers who today are mostly forgotten. One of them was Debora Vogel, who was murdered in the Lwow ghetto. In transmitting the literary legacy of this extraordinary woman we pull a whole culture from the shards of the past into the light of the future.

Dr. Anastasiya Lyubas, a recent Research Fellow in Modern Literature and Culture at Ryerson University, received her PhD in Comparative Literature from Binghamton University. Her Ukrainian-language book on Debora Vogel was published in 2019, and the English version will appear in 2020. She also teaches the advanced Yiddish class for Toronto's UJA Committee for Yiddish.

This program was co-sponsored by The Committee for Yiddish, Friends of Yiddish, and The Toronto Workmen's Circle